Book Your Cheap Flight to Šibenik

The Closest Airport to Sibenik

When you are flying to Sibenik, the closest option is Split Airport. Split Airport (SPU) is the biggest airport in Croatia. It is served by almost all major cities in Europe. You will have no trouble catching a flight to Split from Europe.

How to get from Split Airport (SPU) to Sibenik?

Once you arrive at the airport, you will need to get to Sibenik. If you want to travel by bus, it can be a bit tricky. To get from Split Airport (SPU) to Sibenik by bus, you first need to catch a bus into Trogir. It’s the closest city to the airport, and buses are frequent. You might be tempted to get a bus directly to Split, but unless you want to check the city out, it will take a longer time.

After you arrive at Trogir’s main bus station, you need to book an intercity bus ticket to Sibenik. It will take around one hour to travel from Trogir to Sibenik by bus.

You can also get an airport transfer directly into Sibenik, but those tend to be expensive. If you are looking for mobility, we recommend renting a car at the airport. That way you can quickly arrive at Sibenik (in about 30 minutes) and you will have a car for your holiday. It’s always good to have a car in order to do day trips from Sibenik.

When you are choosing from the cheap flights to Sibenik another option is to book a flight into Zadar Airport. It’s a little bit further away than Split, but still not a very big distance.

On the other hand, it’s a much smaller airport. There are fewer connections available from Europe to Zadar. However, it’s the hub airport for Ryanair. So, if you are looking for Ryanair flights to Sibenik, then Zadar can be the perfect airport for you.

How to get from Zadar Airport (ZAD) to Sibenik?

Do note: The timetable expects you to input the Croatian spelling of the city name. We’ve put Šibenik in its original spelling here for you to copy and paste.

You can just as easily rent a car at the airport and get quickly to Sibenik as if you were flying to Split. If you are looking for ultimate freedom on your vacation, we recommend this option. 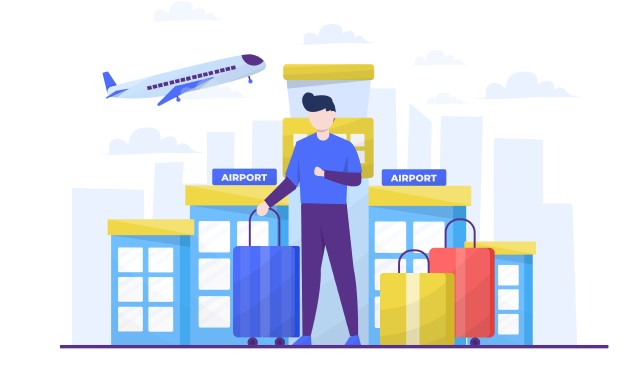 As the closest airport to Sibenik is Split, you have a lot of options to book a flight to Sibenik. Most of the big cities in Europe will have a flight to Sibenik, whether you are aiming to land at SPU or ZAD airports. The airlines with the most routes to Sibenik are EasyJet, Ryanair, Croatia Airlines, SAS, and Wizz Air.

Unfortunately, no regular intercontinental flights are available for Sibenik. Both Split and Zadar airports are served only from European destinations. If you wish to book an international flight you need to include a layover.

For intercontinental flights to Sibenik, we recommend London as the connecting city. From London, you can grab a cheap flight to Sibenik on an airline like EasyJet, Wizz Air, or Ryanair. Although, these budget airlines are not the most comfortable, for the short time between the two cities it’s not that bad.

The airline EasyJet is one of the most popular airlines that fly to Sibenik. Lucky for you, you can book EasyJet tickets on TopFlightsNow. To book your EasyJet flight to Sibenik you have to book a flight to Split. EasyJet is a budget airline that will help you book cheap tickets and flights to Sibenik.

To book your EasyJet flight on TopFlightsNow you have many opportunities. The airline flies from a total of 15 destinations to Sibenik. It easy to use the search function and select the convenient EasyJet flight that will take you to Sibenik on the cheap.

Croatia Airlines is another big airline that operates flights in and out of Sibenik. On TopFlightsNow you can not only find cheap flights on budget airlines, but we offer air ticket booking on national carriers like Croatia Airlines. When you wish to travel in a better and more comfortable way than a budget airline, Croatian is a good choice. Grab a cheap ticket to Sibenik and enjoy a good vacation in beautiful Croatia.

If you wish to fly in the absolute cheapest way possible, you can book a ticket at Ryanair. You can do it on TopFlightsNow as well. Contrary to the other airlines that will fly to Split on their Sibeink arrival, Ryanair will drop you off at Zadar. Luckily it’s just as easy to get to Sibenik from Zadar as it is from Split. You can confidently book a flight to Sibenik with Ryanair on TopFlightsNow.

Sibenik on the map

Use the interactive map to check the location of Sibenik. You can explore the surrounding area, or plan the directions from Split and Zadar airports.

You will find Zadar to the northwest, while you will locate Split to the southeast from Sibenik. 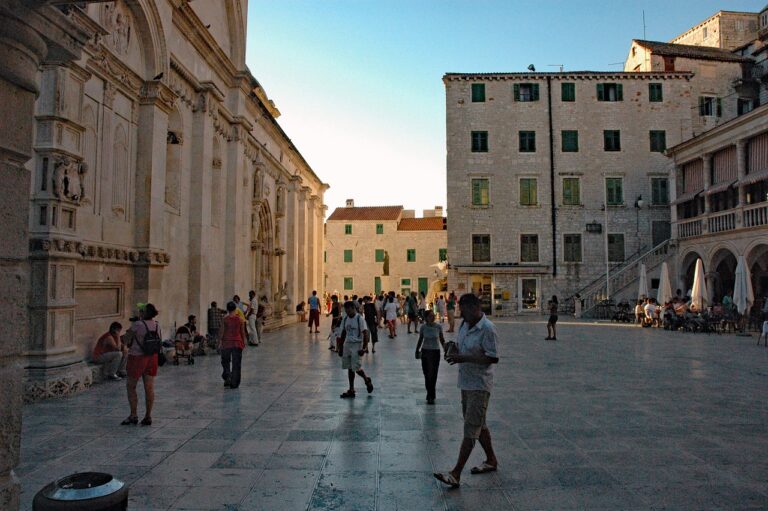 Sibenik is one of the cities that has become the pearl of Croatia. It offers you a lot of very attractive locations that are combined with amazing nature. This is a worthwhile city on your trip to Croatia along the Dalmatian coast. Below you can find out the best things to do in Sibenik. The … Read more 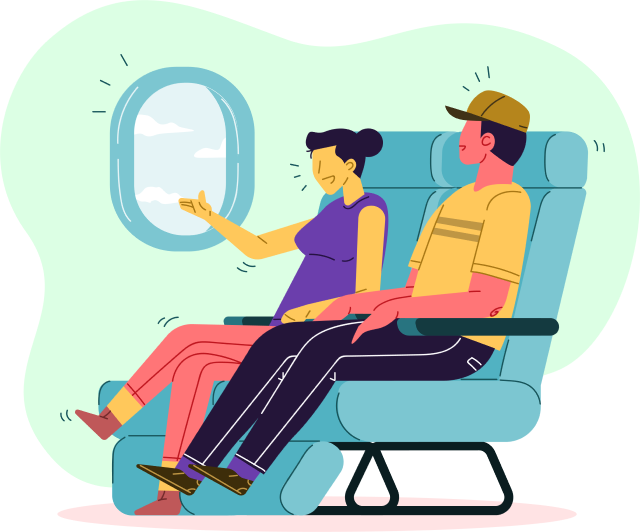 Is it possible to find cheap flights to Sibenik?

Yes! The search function on TopFlightsNow will help you sort tickets by price. On top of the search results, you will have the best offer from our partners like Kayak, Kiwi or directly from the airlines.

You can trust our expansive search engine to find a cheap flight to Sibenik for you. Just remember, that you have to change the destination airport to Zadar, when you are looking for a Ryanair flight.

How to find the cheapest flight to Sibenik?

To find the cheapest flight into Sibenik, you have to think about a few things. Firstly you have to decide when to fly. It is obvious that you will get a better deal during the off-season, than in August. Getting a flight to Sibenik in June can be a good option. It’s still very early in the holiday season with affordable pricing. You can also opt for a September vacation. The sea is still warm and inviting.

Then you need to decide on the day to fly. Many people want to have weekend-to-weekend vacations. This means that you will get a better deal if you book a flight on a weekday. If you don’t mind going straight back to work after your holiday it might be a good option.

In any case, we will help to make your life easier, just use the TopFlightsNow travel search and compare dates to find the best cheap flight to Sibenik.

One of the most popular flight routes to Sibenik is the London to Sibenik flight. There are generally a lot of flights from Britain to Sibenik. Among these, London seems to be the starting point for many tourists.

You can grab a cheap flight to Sibenik from London using airlines like EasyJet or Ryanair. Other more reputable carriers also fly this route such as Croatia Airlines. The flight will take around 2 hours and 30 minutes. You can grab a connection on almost any day. It’s one of the good things about being a popular flight route. You can mix and match arrival and departure dates for the best vacation.

Other United Kingdom Flights to Sibenik

Apart from London, there are other cities in the United Kingdom that have flights to Sibenik. You can grab a direct flight from places like Birmingham, Edinburgh, Bristol, Glasgow, or Manchester.

As you can see Sibenik and generally Croatia is a highly popular holiday destination in Britain. It will be very easy for you to book a cheap flight to Sibenik or any other destination on TopFlightsNow from the UK. You have a selection of budget and premium airlines. All you have to do is use the search function and compare the pricing.

Croatia is also very popular among the French people. There are multiple cities that have direct flights to Sibenik. You can try to book a cheap flight from any of these cities for a quick holiday. The most important cities to fly from France to Sibenik are the following.

You can book a flight from Bordeaux to Sibenik easily. All you have to do is select Split as the destination. From Bordeaux, you have airlines flying to Sibenik, such as Ryanair, EasyJet, and Air France.

To fly from Paris to Sibenik you can also go to Split airport. The airlines available are EasyJet and Transavia.

Flights from Germany to Sibenik

When you are flying from Berlin to Sibenik, you are essentially flying to SPU airport. The airlines that fly from Berlin to Split are Croatia Airlines, Eurowings, and EasyJet.

When you fly from Dortmund to Sibenik you have a direct flight on your hand. You can choose from two airlines. One of them is Wizz Air, while the other is Eurowings. Both of them are budget airlines.

Can you fly to Sibenik all year round?

Generally speaking, no. A lot of the flights regular flights to Split and Zadar are seasonal flights. Many carriers will only run flights from around May to October. Some airlines might choose to have a shorter time frame, while others will fly this route longer.

There are a few cities that have direct connections throughout the year. These flights include the Düsseldorf to Split and Rome to Split flight routes.

What is the best time to visit Sibenik?

The best time to visit Sibenik depends on how much you like touristy places. Obviously one of the best times is August. The sun will always be shining, the Adriatic will be amazingly warm, and everything will be beautiful. However, this is also the time when most tourists come to the area.