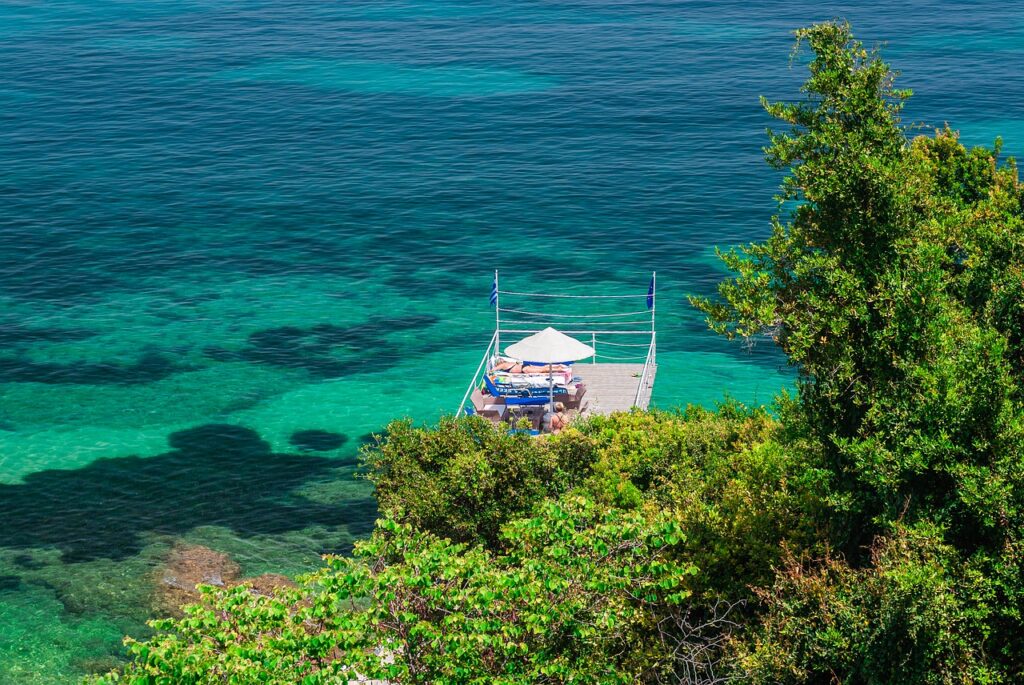 Corfu is a Greek island that lies in the Ionian sea. It is a very popular tourist destination and a very beautiful place. There is a lot to see and do here, from the deep blue sea, the amazing architecture, and its stunning mountains. Today we’ll explore some of the most fun and interesting facts about Corfu.

1. The birthplace of Prince Philip

Did you know that the late husband of Queen Elizabeth II, Prince Philip was born on Corfu? That’s right, one of the most important royalties of the recent past has actually been born on the island of Corfu. Fascinating!

2. Corfu is the Seventh-Largest Greek Island

It might not sound impressive. Being the seventh in a list of tops. However, consider that Greece has a whopping 227 islands within its area. With that many islands, Corfu being the seventh-largest is a great achievement.

3. Corfu is the Second-Largest Ionian Island

Located on the Ionian sea, Corfu also has another title. It’s the second-largest of all islands that are in the Ionian. The largest spot is occupied by Kefalonia.

4. Corfu fended off the Ottomans

In past Greece has faced many invasions from the Ottoman Empire. Being a neighboring country and the way into Europe it’s not hard to see why. While most of Greece has at one point fallen to Ottoman rule, Corfu remains one of the only places in Greece that successfully fended off the Ottoman invasion. Did you know this fact about Corfu?

5. The main city on the island is also named Corfu

Just as with many Greek islands, Corfu has a Corfu Town. Although officially the town is ‘just’ Corfu, travel sides usually append the town to the name to make sure we don’t confuse anyone.

6. It’s home to the Ionian University

Corfu is home to one of the most prominent Universities in the area. This alone shows that the island of Corfu is so much more than a simple tourist destination. Although, who won’t mind studying in such a beautiful place as Corfu?

The island gives home to more than 300 species of birds. This means that the natural beauty of the island is further enhanced by the immense variation in animals. People who love to observe birds can find a lot of fun in Corfu.

8. The first tourists came for the beaches

It’s true that Corfu has many amazing beaches. The sunshine and beautiful coast have attracted many tourists over the years. However, lately, people also started to discover the rich history and natural beauty of the island.

Yup. If you are looking to spend some time relaxing in the sunshine then Corfu seems like a pretty nice place to do that.

10. Kerkyra is the Greek name of the Island

Its Greek name has deep roots in Mythology. Poseidon was said to have fallen in love with and kidnapped the lovely nymph Korkyra, the daughter of Asopos, and the river nymph Metope. When Poseidon brought Korkyra to the previously nameless island, he gave it her name in honor of their union: Korkyra, which eventually became Kerkyra.

11. The people of Corfu are very fond of Russian admiral Fyodor Ushakov

He was a legendary naval captain who never lost a battle or a ship in his whole career. The islanders never forgot that it was him who, in 1799, helped free the ancient Greek island of Corfu from French rule.

12. The locals love an Albanian Vacation

Locals often vacation in Albania, where they may find high-quality resorts at a price that is many times lower than in Corfu. So even residents choose to spend a weekend on one of Albania’s beaches rather than their own since it is more cost-effective.

13. Corfu had a big French influence

Because France laid siege to Corfu centuries ago, the island retains a strong sense of French identity. There are several French architectural styles to be found on the island, and one side of it even has a somewhat Aristocratic feel to it.

Corfu’s airport has a short, waterside runway. As a result, it seems like the aircraft will not have enough time to halt before taking off and crashing into the ocean. The airstrip is within a hundred meters from the roadway. A massive jet is practically landing right next to them, and everybody walking by can see it.

The rocks near Ermones Bay have a nun’s face embedded into them if you look closely. The stone face’s formation is said to have occurred as a result of the pirates’ attempts to take the temple’s symbol.

16. One of the oldest places in Europe

The history of Corfu goes back to thousands of years, with the first mentions of the island coming as far back as 1300 BC in ancient Greek manuscripts and writings. As a result, the island has been inhabited by humans for almost 3,000 years!

17. The Corfu Old Town is an UNESCO Site

Old Corfu has been designated as a UNESCO World Heritage Site because it is a medieval village that stretches back hundreds of years.

18. Corfu has a Mouse Island

Pontikonissi, a Greek island located off the coast of Corfu, is a popular tourist attraction for both locals and visitors. Its look is similar to that of a mouse. People in the neighborhood believe it was formed at the site of the shipwreck that transported Odysseus to Ithaca, which is where the story begins.

Flowers and herbs come in over 6,000 distinct types. On Corfu, you’ll discover orchids that you won’t find anyplace else in the world, growing wild.

20. Tennis in the region became popular thanks to Corfu

It’s a common secret that the Olympic Games were made popular by the Greeks, but it was the island of Corfu, where an English club first appeared, that really kicked off the trend of tennis in the area.

The liqueur made from kumquats is both delicious and strong, so proceed with caution if you plan on taking even a little drink.

As a result of the Treaty of London, modern Greece was united with the rest of the islands in 1864.

23. A unique tradition for Easter Celebration

For every Easter, the residents of the city hurl pots from their balconies and windows, shattering them to the ground as they do this.

24. The locals love to sing

The art of singing is quite prominent in this area. Normally, you wouldn’t witness a guy strolling down the street and singing to himself. However, this is common in this part of the nation.

A fascinating fact about Corfu is the filming of the James Bond movie For Your Eyes Only. This movie was almost entirely filmed on the island of Corfu.

26. The local dialect is especially intersting

A large number of borrowings from Venetian are found in the local dialect, which varies significantly from classical Greek. Until the second part of the twentieth century, the Venetian language was widely spoken in Corfu.

27. The birthplace of an important local politician

Ioannis Kapodistrias, the father of modern Greece and a well-known European diplomat, was born on the Greek island of Corfu.

28. Drake mentions Corfu in a song 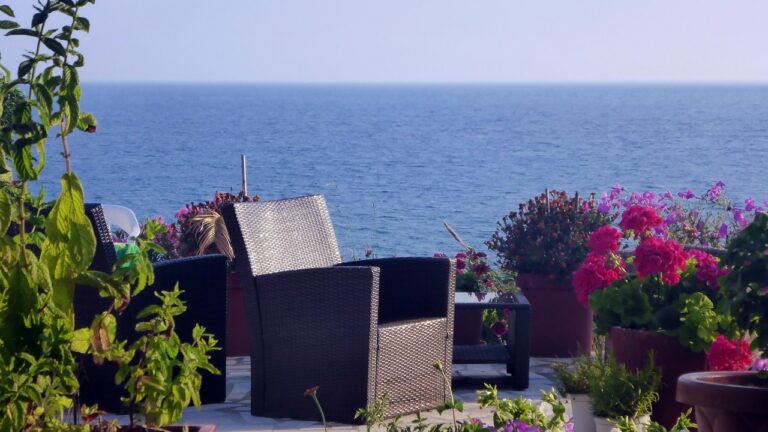 Eating in Greece is always fun. The awesome hospitality and nice people are a welcoming combination. We’ve already covered all the top things to do in Kassiopi for a wonderful time. Now it’s time to explore all the best restaurants in Kassiopi. You may only visit this charming place for a day, but even then… 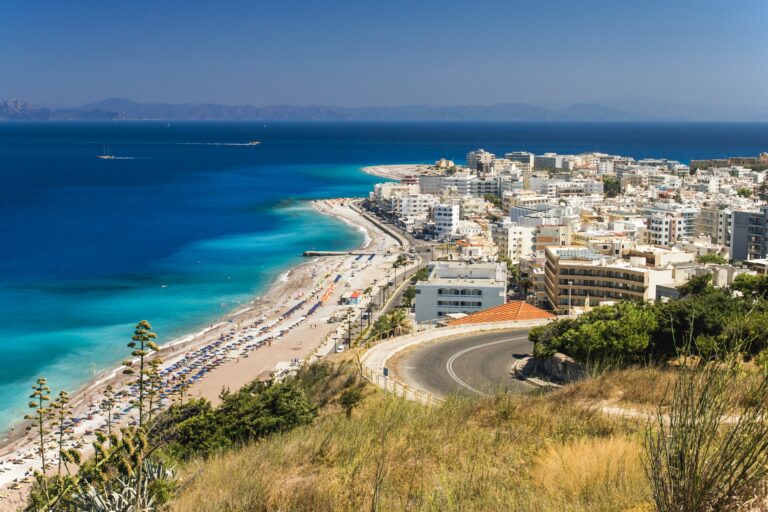 Rhodes, a temperate Greek island, attracts millions of tourists each year. The island’s breathtaking beaches, mountainous countryside, and medieval old town are timeless attractions. Exploring the island might mean renting a car for your stay. So, we are ready to give you some tips for driving in Rhodes. We weren’t sure what to expect from… 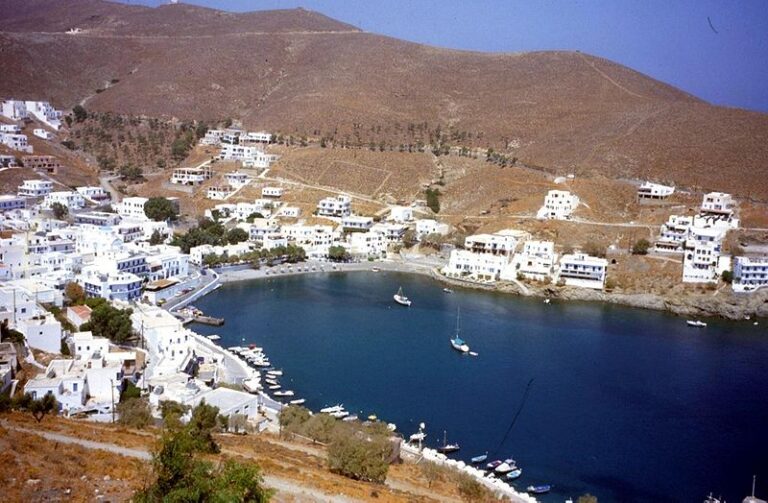 The Greek island of Astypalaia is known for its unique butterfly shape and its amazing beaches. Many people visit the island to enjoy a great relaxing time on one of the many sunbeds waiting for you. If you are heading to Astypalaia as well you might be wondering about one thing: what’s driving in Astypalaia… 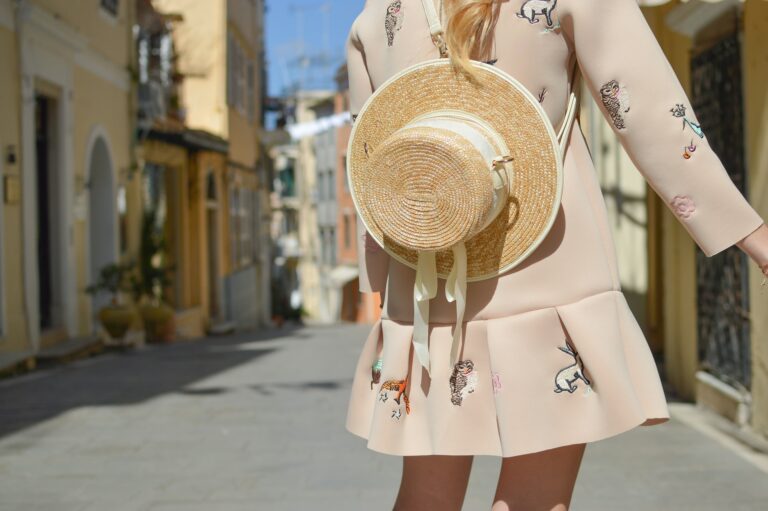 The capital city of Corfu island is Corfu town itself. A city vibrating with history and charm waiting for you to explore. Join us to discover all the top things to see and the best things to do in Corfu Town. The city is known for its pastel-colored and cobblestone streets. To the Western side,… 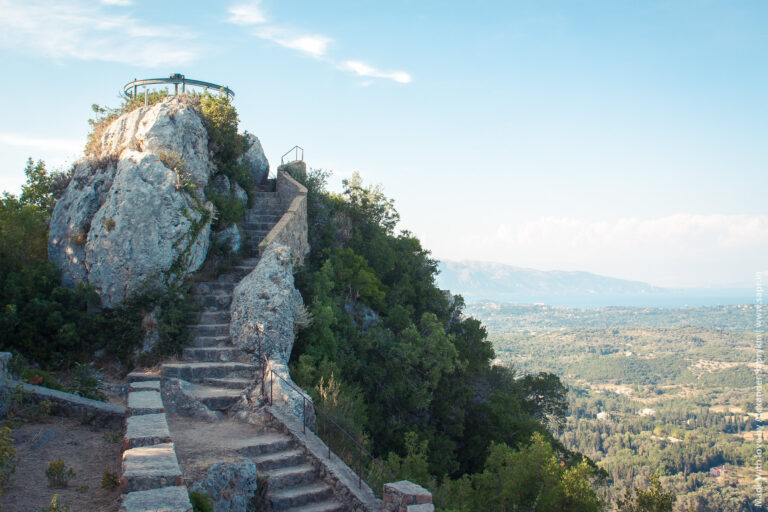 Located at a central location in Corfu, Pelekas Village is a perfect mountain town to include in your vacation itinerary. In fact, due to the location, you might even choose it as a base to explore the wonderful island of Corfu. Driving around Corfu is a ton of fun and you can see the whole… 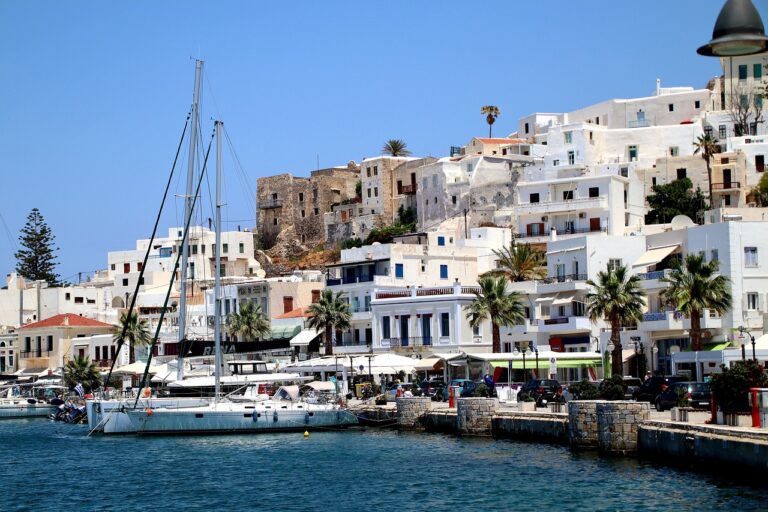 If you want to get the whole experience, a trip to Naxos should include seeing the stunning scenery and towns that line the area. For this, it’s best to rent a car on Naxos. However, you might be wondering, what’s driving in Naxos feels like. You might have many questions. Are the roads good quality?…