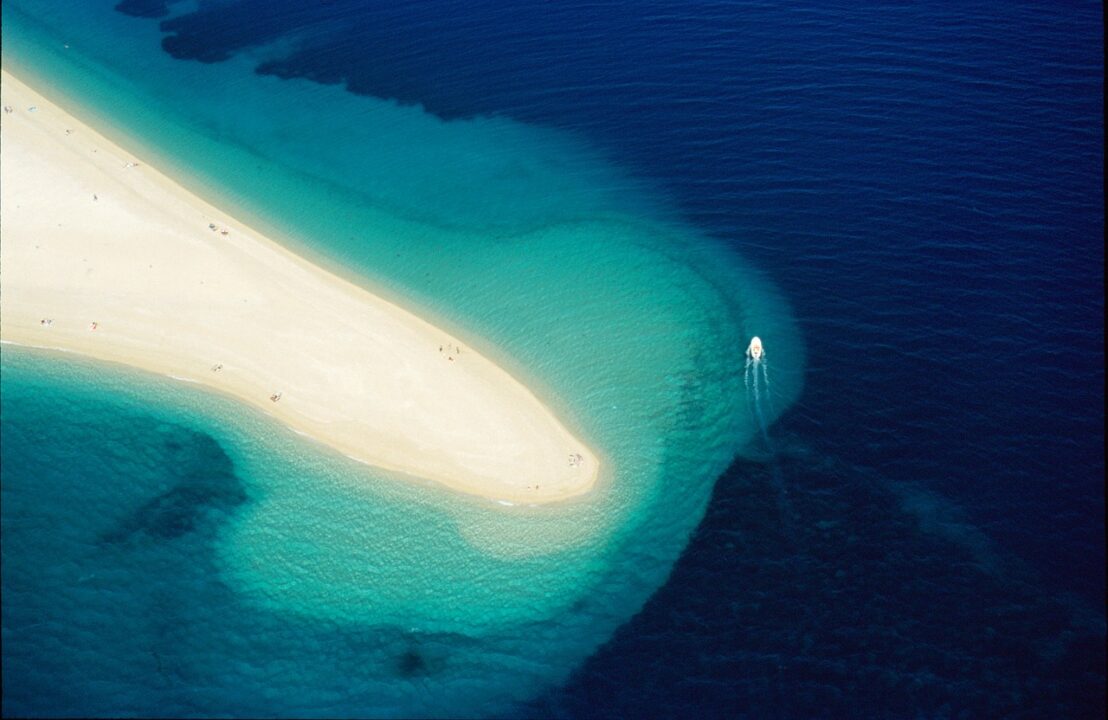 Without a doubt, Croatia is one of the most beautiful coastal nations in Europe. It’s a unique blend of eastern and Mediterranean Europe. It has a whopping 5 800km long coastline with it’s many islands included. Although there is no shortage of amazing and beautiful sights, we will attempt to list the prettiest places in Croatia, according to us.

As a coastal destination, Croatia is well known for having the prettiest beaches on the Adriatic sea. The turquoise blue water and sandy beaches are loved by tourists and photographers alike. However, there are more to this unique location then beaches and seaside villages. We will explore some of the beautiful places in mainland Croatia along with the coastline in this guide.

The Prettiest Places in Croatia

It is in an orderly fashion, we start our list of prettiest places in a country known for its breathtaking coastline, on a beach. South of Split, almost halfway to Dubrovnik lies the city of Brela. This particular town is well known for its the beautiful beach the Punta Rata.

It seems like to us that the water is always crystal clear, and the most beautiful shade of turquoise around here. Along with the beautiful sea, this white pebble beach will provide you with a view even if you turn back towards the land. Right behind you are the mountains of Biokovo Nature Park.

In 1968, this beachside has been named ‘Champion of the Adriatic’. Although it has been a couple of years since 1968, even today, Punta Rata is one of the most beautiful beaches on the Adriatic. Whenever in the area, you should not skip visiting.

Zlatni Rat is one of the most unique beaches of Croatia. Also known as the Golden Horn, this pretty beach has been a symbol of Brac Island.

The white sandy beach and the always beautiful Adriatic Sea could alone make this beach noteworthy. However, its most unique feature is its location. Located on the south side of Brac Island, it is a tiny sand isle extending into the sea. The size of the actual beach will always be dependent on the sea.

It’s not only the beachgoers that love Zlatni Rat. Due to it’s unique geographical location, the sea around it can get windy with great waves. This makes the beach a perfect spot for windsurfers as well.

If you are looking for the prettiest waterfalls in Croatia, the Plitvice Lakes National Park got you covered. Although it is located in mainland Croatia, within the mountains, you will have no problem getting here, as you can access the park easily from the main roads covering the area.

The national park is among the oldest in southern Europe. There are a total of 16 lakes in the national park. All of them are connected by the flowing rivers, streams and breathtaking waterfalls.

You will be taken around the park on small mountain trails and wooden footbridges when travelling around the lakes.

Apart from the lakes and waterfalls, there are also wild Wolfs and Bears living in the National Park. The brown bears and grey wolves living in the outer areas of the national park are among the last natural habitat for these species.

With the city of Trogir, we have our first urban location on the list of prettiest places in Croatia. Trogir is just west of Split. You can get here with a relatively short drive. The towns most famous attraction is the Historic City of Trogir.

This historic location sits on a tiny island in the middle of the city. Apart from being one of the best-preserved Mediterranean medieval city, it is also a UNESCO World Heritage site. This amazing old town has been shaped by all the great seafaring nations of the past. You will that the influence of such nations, like the Greeks and Romans, have made the Historical City Centre of Trogir quite a special place.

The fact that it has survived the test of time in such an amazing state is a wonder in itself. We highly recommend visiting this pretty UNESCO site.

The fact that it has survived the test of time in such an amazing state is a wonder in itself. We highly recommend visiting this pretty UNESCO site.

The Kingdom of Festini is a cave system located on the Istrian peninsula. You can find it near the village of Festini itself.

The caves got its name from local legend. According to history, the children in the village loved to gather and go play inside the caves. Whenever they returned home and were asked what they were doing, they would simply say that they were playing in the kingdom.

The cave was first discovered in 1930, then during the Second World War, it was filled up. Later in the 80s, it was rediscovered. Today the cave serves as a tourist attraction you can check out.

We are convinced, that Dubrovnik cannot be left out of a list of the prettiest places in Croatia. It has one of the most amazing Old Town districts in Europe. Therefore it is no wonder, that most of the scenes from King’s Landing was shot in Dubrovnik.

Along with Trogir, Dubrovnik is part of the UNESCO World Heritage sites. Its big old town area has been a popular tourist destination since the early days of tourism. While most locations were discovered quite slowly, Dubrovnik has been in the centre of attention for quite a while when it comes to tourism.

Once you step inside the original city walls, you will be taken into another world. You will feel like travelling right back into medieval ages. Walking on the cobblestone streets, within buildings that feel older than time itself is a unique feeling to experience.

The Mljet National Park is stretching on the entirety of the north-western part of the Mljet Island. This little paradise in the Dalmatian region is mostly untouched by humans. As the greenest island in Croatia, Mljet is lush and beautiful.

In this pretty national park, you will be able to get away from the crowds. The main attractions during the summer are the two beautiful saltwater lakes of the Mljet National Park. However, there are numerous hiking trails all around the park, which will take you to spectacular vantage points.

This iconic city in the Istria region of Croatia is perfect for an autumn getaway. The town resides on a hilltop and has a charming old town area. The surrounding region has been known for great wine and is perfect for visiting some wineries.

The town is also very famous for its excellent truffle, that is growing in the surrounding woods. As such, we recommend you to try the truffle out in one of the many restaurants around the area.

Even if you are looking to catch some sun on the beach Motovun is located less than an hour away from the Istrian coast, so you are not missing out on the beautiful shore of Croatia.

In Croatia, Pula is the main attraction if you are planning to see some Roman ruins. As the centre of administration for the region in Roman times, it has one of the best ancient ruins of any Croatian city.

Additionally to the beautiful Roman ruins in the city, the region also has a great history of winemaking and fishing. Whenever visiting, make sure you try some of the local wines and have some local seafood.

Rovinj is a city less than an hour away from Pula. No surprise that it has had plenty of Roman influence throughout history. To be honest, Rovinj looks like a town from the Venetian coastal region of Italy. It’s just in Croatia.

Built on a small isle, originally it was only reachable by a bridge. Ever since then the land has been filled up, now the old town has its own tiny peninsula. Surrounded by water, this special medieval town has one of the most charming atmospheres in Croatia. No surprise it is featured on our romantic getaways in Croatia article.

Wondering the cobblestone streets of this small old town area, you will be greeted with beauty around each corner. From tiny little sidestreets to grandiose plazas, this old town part has it all, condensed into a peninsula on the Adriatic.

The hard to pronounce Krka National Park, got its name from the river Krka that flows through the park.

Just like the nature park of Plitvice, this National Park is well known for the amazing waterfalls and bodies of water. However, unlike at Plitvice, here you will be able to get into and swim in some of the lakes, so you better bring a swimsuit. Do note, that you will not be allowed to go directly under the waterfall for safety reasons.

The Island of Hvar

As one of the prettiest places in Croatia, Hvar Island, is a favourite of tourists. It’s located south of Brac island and offers some of the most beautiful beaches in Croatia for those who visit.

Apart from the beaches, the island is full of old medieval architecture and villages. Most of them survived the test of time quite well. Once the sun goes down it will be evident to you why Hvar is popular especially amongst the younger travellers. The main town on the island, also called Hvar, will transform into a party town, where there is no rest until the morning.

Proizd is a small island just off the western coast of Korcula Island. You can only get here by either booking a tour, or renting a boat.

It is an especially popular destination from Korcula due to its picturesque beaches. The water is always crystal clear and blue around the small island. As the location is not easy to reach the beaches of this small island are not overcrowded unlike some of the bigger tourist destinations.

All in all, it takes only around 11 minutes to walk from one end of the island to the other. We definitely recommend that you explore a little bit, to find the prettiest and least crowded beaches in the area.

Last on our list of the prettiest places in Croatia is Susac Island. We fell in love with this location due to the remoteness it provides. This is for the ones who would like to get as far away from civilization as they can.

There are no towns or villages on Susac. The only notable human building is a lighthouse, which also doubles as a tiny hotel. As such, there is also no ferry service to the island. If you would like to get here, you need to arrange it all by yourself.

However, if you do manage to, it will be your personal little paradise on earth. The island has a beautiful 40m long beach, crystal clear seawater, and jaw-dropping cliffsides. All this without civilization getting in your way.

We believe Croatia to be one of the most beautiful coastal counties of Europe. We especially like it for its diversity in culture, due to the history of the place. Many nations have occupied and influenced the cities in Croatia. We believe this list of the prettiest places in Croatia will give you some directions of where to go and what to check out on your Croatian vacation.